As the Avengers once again look set to storm the box office, and as word of mouth continues to extol the virtues of the franchise, tireless contrarian Jack Brindelli gives Hollywood Hegemony a very different view. 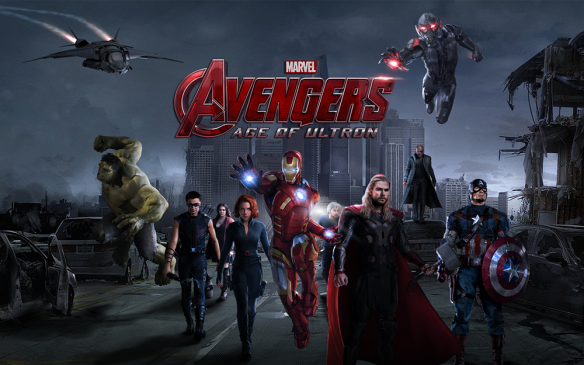 Let’s start this review by getting out what sadly most will see as my most controversial opinion regarding Avengers: Age of Ultron; it was not worth the £9.20 I paid to get in. Marvel’s shtick has worn thin, and like the last drops of store-brand margarine being scraped across a stale loaf long past its use-by date this is a deeply unfulfilling slog that continuously triggers your gag-reflex on the way down. I would not recommend that to anyone. So, now that we’ve got that nasty formality out of the way, let’s look at just where it all went wrong.

The bitter truth is that the Marvel franchises no longer work as stand-alone films. That is not to say films should not attempt to tell stories that go beyond a single 90 minute catchment; but look at the original Star Wars trilogy and you’ll see what I mean. As a child, the first I remember seeing was actually Episode V – the middle film – but it still made sense as an independent package, without knowing anything about the previous film, or needing to know what would happen in the end of the third. More or less, this is probably true of the original Lord of the Rings trilogy too. It is not true of Marvel films – which are only capable of functioning within a tedious context of endless introductions. END_OF_DOCUMENT_TOKEN_TO_BE_REPLACED

Hollywood Hegemony is approaching its fourth anniversary, and with the status of the project growing day by day, the time is finally right to try and expand. For the past three years, we have produced films and penned articles which have been viewed by thousands of people across the world (seriously, about a half of our readership comes from overseas); we’ve been featured at film festivals, local screenings, and on one occasion a national newspaper.

Over the first quarter of 2015, we have received more hits than we did in the entirety of last year – thanks in no small part to the contributions of exciting new writers to the project; but if we want to do more than simply tread water, we must work even harder to provide new writers and film-makers with an exciting platform to showcase their talent, and to supply readers with intriguing and insightful content to keep them glued to our page. In May, we will begin an expansion of our operations, as well as a restructuring of our editorial and technological apparatus.

That means expanding our editorial team from one to three, that means bringing in a website designer to revitalise and improve our page, and ultimately that means bringing in new writers, to work to regular schedules to increase Hollywood Hegemony’s reach and profile far beyond the hobby blog that it began as. That means we need you to help us take the project to the next level. As of today, Hollywood Hegemony will be taking submissions for all of the positions mentioned above.

Expect more details to follow regarding the application process – but for now, please contact Jack Brindelli with any queries at jbrindelli@gmail.com.

As the women who have changed the face of this general election for the better face increasing heat, Jack Brindelli revisits our very own film Witches and Bitches.

So, the election debates have been turned on their head by three women promising to give radical anti-cuts politics at Westminster. Last night, the BBC played host to… nearly all the major players in this election, with David Cameron conspicuous in his absense, and Nick Clegg characteristic in his. But whilst Clegg was busy drunkenly texting threats to Miliband’s PA from a pub somewhere in Ecclesall (seriously, that happened), the SNP, Plaid Cymru and the Green Party were kicking arse and taking names against a suited male elite seemingly unwilling, as well as incapable, of defending itself. And for some reason there are now large swathes of men all over the internet’s perpetually jerking knee, Twitter, comparing Nicola Sturgeon, Natalie Bennett and Leanne Wood to certain pointy-hatted, broom-riding mythical beings… END_OF_DOCUMENT_TOKEN_TO_BE_REPLACED